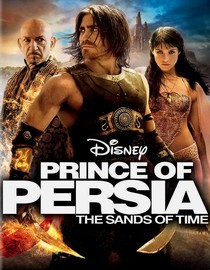 I just finished watching Prince of Persia: The Sands of Time.  I had high hopes for a fantasy action thriller based on a game I played years ago as a kid.  The movie had a lot of promise but failed to deliver on many points.  Technically it is not well done.  The camera is jerky during intense scenes, the CGI looks like it was done by the local community college and the world is way too plastic and cardboard to get you in the moment.  The characters are flat, the British accents are very distracting and the director really likes scenes with people alone in high places while the camera whirls around them.  Being a Disney film, there are no mothers or any really useful female characters.  Even the female lead comes across as half baked, overly proud an in need of a man to save her.  I wish I had something nice to say about the movie, but it just had no redeeming qualities.

One Reply to “Prince of Persia: Sands of Time”