This past week I found out my ex wife had to go get a real job.  Ten months after the divorce was final, a little over a year after we split up.  Up till now, she has run a home business selling reusable feminine hygiene products. Apparently the income is too sporadic and the spousal support I have to pay is quickly coming to an end.  She told me that on top of the spousal, child support and all the medical I already pay, that I would have to pick up half her childcare costs, to which I said no.

I hate saying no.  To my kids, to my friends, anyone really.  It puts me in the position of having to disappoint someone.  I don’t care for that, but I also don’t like being told I have to do things I don’t want or even need to do.

I get the girls on Thursday and every other weekend.  At first, we tried like everyone else to meet halfway.  We couldn’t make that work, so we decided she would bring them all the way to me and I would take them all the to school the next day or after the weekend.  Well, once I decided I would not pay for childcare, she suddenly does not have the fuel to bring them to me and if I want to see them, I have to come get them.  Meeting her at the library near her house by the way since I cannot actually go to the house since her boyfriend objects.  She points to the decree and says that I *should* have been getting them right after school since it says my time of possession starts after school and ends at the beginning of school.  It’s pretty vague, but all my experience suggests that just gives me the right, not the obligation. 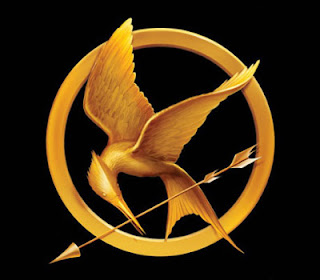 I had the recent misfortune to finish reading the three books in the Hunger Games Series.  Before reading further, if you have not read them and you plan to stop reading now.  Final warning.

********Spoiler Alert********
I started reading them because they came recommended by many of my friends and family.  The first book was even mildly entertaining, if not very original.  The characters had potential and there was the possibility of getting to know a dystopian future with lessons to learn.  Ends up, the author was creative enough only to write the same book three times changing only the location and the names of the people killed.
And killing she did.  The author seemed to delight in finding new ways of describing death and killing.  The first book is not too graphic but each book after finds the author going deeper and deeper into a the dark impulses in her brain.  Also, I knew going in that kids would be killed, I just had no idea a person could enjoy writing so much in such detail about the pain and suffering.  I felt sad that the author could not find a better way to tell her story.
But then, she’s not a great story teller.  Each book is essentially the main character Katniss going through the games teaming up with people and killing others.  All the while we’re stuck in her adolescent head worrying about her feelings for two boys and not grasping her own worth.  One may argue the books were written for a younger audience; however, the level of violence depicted would only be suitable for someone over 17 by which time the reader should ready for 3 dimensional characters rather than poor stereotypes.  They should want a rich world and plots that don’t have huge gaps.
The plot gaps were worse than the tedium of reading the same book three times.  Somehow, this is the only nation left on earth since the rest of the planet is polluted beyond habitation.  There is technology enough to have flying machines, tv, holo-maps and control of remote weapons of fantastic capabilities, but no satellites to make any of that possible.  They can create impossible biological creatures of mixed DNA fabricated to kill only, but somehow they can control the creatures.  Finally, there is the gaps in logic that are required just to move the story along.  Every time you think it’s bad the author makes it worse.  The final scene where the author just starts shooting kids and blowing them up, then inexplicably all the characters seem to lose their sense of sight and good judgment resulting in the killing of Prim, the younger sister that started the whole thing off.  My eyes rolled so far into my head I could see my brain shrinking from how useless that plot point was
.
It seems to me the author simply could not decide who she wanted to be; a young adult writer like Eoin Colfer or a horror writer the delights in killing main characters like Stephen King.   She could not decide if her main character was strong or constantly self doubting.  The only points that came across loud and clear is decadence, TV and wars are bad.  I just found these books to be worse.
So my auctions went really well, everything sold, some better than I hoped others not as well; all pretty typical.  I have used eBay for many years, a member since ’99 I have seen a few transactions go bad for various reasons.  Well, this one has been unique.
A single buyer won the majority of the silver dollars.  All my other winners paid quickly, within a day of the auction ending.  One was a little slow, but I had some communications with them so all was good.  But after two days and two tries, I was getting nothing from the big winner.  I was very polite and told them if I heard nothing by noon the next day, I would just assume they were forfeiting.  I go in and try to “report a problem” but eBay locks that out for four whole days.  It says “work it out with the buyer” which is difficult when they are unresponsive.
I see it is possible to make a “Second Chance Offer” to other bidders, so I do and even have a buyer contact me and made payment.  It was not until it was all done that you find out it creates a new transaction entirely so you have to cancel the original auction which requires the original buyer to ok or reject it.  It has been a while since I was on eBay last, but they have clearly made it much more difficult to sell there.  This one transaction has been such a headache in an otherwise great moment of clearing out stuff I don’t want for stuff I do.  Now I am not sure how I want to handle my MTG cards since eBay seems to be more trouble than it is worth.

Update:  The original buyer decided to jump in at the last moment and complete the transaction.  Yay I sold the things, but boo I had to tell the two other “Second Chance” winners that the deadbeat decided to make good all without a single written word to me.  Lesson learned, if you buy on eBay, you have four full days to pay and you don’t have to communicate with the seller at all.