Skip to content
I am finally organizing my music collection.  For many years I have just been ripping and downloading (legally of course) music and just letting Windows Media Player put it wherever.  At some point, I used Media Monkey to “auto-organize” it which put it into numerous folders.  I also used MusicBrainz Picard to tag some of the albums.  When I started, I guess they had not perfected tagging and the music libraries were still a work in progress.  Add to that a couple of PC transfers and you get 7,195 files for 41.8gb and this is *after* I have been working on it a bit.
To get started I needed a clear idea of what I wanted so the files would be consistent, slim down the space I am using and make it easier to find and sync what I want to listen to on my nifty pocket computer.  I decided the file name should be:
(Artist) – (Album) – (Track Number) – (Title).
This makes a million subdirectories unnecessary, makes files organizing and searching easier and helps locate duplicates.  Though I rarely go to the file itself, but access it through a player, it still needs to be tidy.

I am using three programs for the whole process.  Media Player is adequate for ripping only.  I try to steer clear of Microsoft if I can on principal, but no one has made a player quite as simple.  The trouble is the tagging.  WMP wants to tag your songs automatically,  save the album art somewhere else and generally rename your collection without asking you.  I originally though it was doing a good job, but I have had to go back and repair much of the damage done

I am using Media Monkey for its more powerful organizing tools.  It has the ability to locate duplicate files by name, length, size and their e-signature.  I’m not real happy with the playback since it seems to have trouble quickly locating the files I want to play.  Though that may have something to do with all my organizing, WMP is having no trouble.  Also, the tagging in Media Monkey is funky.  It pulls up some really strange suggestions.

My preferred method has been to use MP3TAG to tag all the songs.  It uses MusicBrainz and Amazon databases for the album info and the tags include the album art which seems to stick.  So far, the process is going well and I am getting reconnected with my tunes.  It is great to hear some songs that flood me with old memories.  Of course, it has also given me the opportunity to weed out junk I don’t want or even remember ever liking.  I guess some of my wife’s stuff got in there. ;^)

Update:  After many hours updating music tags, I thought I would just go back through the collection and make sure the cds were all ripped.  Turns out, I was really picky when I did it the first time.  I have found at least half of the cds were not in my library.  Maybe I started when memory was tight or I was just being really choosy.  I don’t know, but I have been adding them in over the weekend.  It will be a little while, but I’ll have the entire collection searchable before too long. 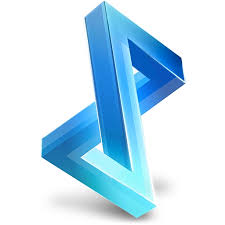 I don’t know why this is not the very first line at the top of doubleTwist:
“Important to remember if you want to add a new playlist, or a playlist with altered content to your phone without wiping all the other playlists – or taking the time to resync already happily existing playlists. Remember: drag and drop is cumulative. Syncing is a total do-over.”
So, I have re-synced twice to get all the content on there since I was unaware of this little rule.  On a positive note, doubleTwist is free, easy and seems to covert files to usable media on any device where many other programs fail.