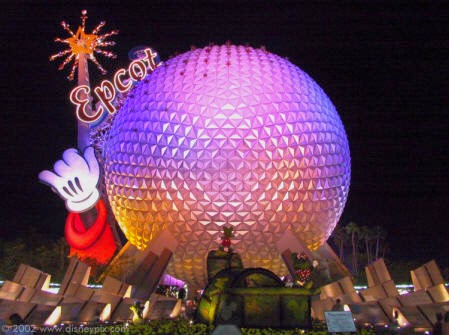 This past weekend 9/13-9/14 I surprised my daughters with a trip to Disney World.  It was quite a surprise, even though Kassidy had found a Disney vacation disk I had laying around.  I was fretting about the trip since it was going to be my first solo parent flight and long weekend in a crowded park.  While there were a couple of snags and was certainly more expensive than I’d planned, the overall vacation was a resounding success.

The flight.  We flew Spirit airlines from DFW to Orlando.  If you are unfamiliar, they are the no frills airline that charges for every little thing.  That being said, they post all their fees all over their website.  When you buy your ticket and check in, they give you multiple opportunities to purchase carry-ons, reserve seats, etc.  You get one free “personal item”.  I have used my largest backpack that can hold up to four days of clothing and never been questioned.  If it can fit under the seat ahead of you, you’re golden.  They have a place where you can test the size of the bag if you are still unsure.  Spirit will not hold your hand and they are not for luxurious travel.  If you are a parent on a budget, I really don’t know how you could fly any other way.  Having flown with them a couple of times, I have not had any trouble personally.  I have heard of poor customer service and delayed flights, but from personal experience that is all airlines, so just be prepared.  One note about the airport, traveling with the kids seems to get you into the TSA pre-screened line, so there’s a little bonus for flying with the little ones.  The girls did remarkably well on the flight.  The first lift off had them all holding hands and white knuckled.  Once we were in the air they were fine and even got bored.  The flight back was a breeze with them being only a little tense at lift off.  Each girl was in charge of her own backpack, so I did not have to manage carrying a bunch of gear.  My oldest was also invaluable as a second pair of hands and eyes to help with her younger siblings.

Transport.  At first, I thought I would use public transport while I was there, taxis, buses, etc.  This idea was quickly quashed when I realized the cost and lack of convenience.  It would have cost $50 just to get us from the airport to the hotel.  I also needed to make it to the sales pitch and back then back to the airport.  All totaled, it would have cost me about $130.  I’m a AAA member which is just discounts on all sorts of things, car rentals among them.  You log onto the website and you can see all the companies, side by side with vehicle type, cost and if they are in the terminal.  I’m not certain if it’s an added perk, but each time I have used the service to book a car, I get unlimited mileage.  The day of the flight, I got online and picked Thrifty which was $11 a day for four days.  Taxes and fees had me at $56 total.  I got a hybrid, and spent an additional $5 for fuel before I turned it in even though the gauge had not moved.  All total, $61.  Parking at the hotel was $15 a day for three days for a total transport cost of $106.  We did use the bust and tram to get to the theme parks, but that was included in the room.

The Hotel.  I used a timeshare promotion to get an incredible rate on the room.  We stayed in Hilton near downtown Disney (not the Magic Kingdom) for $201.38 for four days and three nights.  You can book cheap rooms at 1 star hotels for about $30 a night.  That’s not bad especially because you won’t spend much time in the room if you’re there for the theme parks.  The room may be questionable and the bed like a rock, but it’ll be cheap.  We stayed at the Hilton Orlando Lake Buena Vista in the Walt Disney World Resort which is rated 4 stars.  The beds were ultra comfy, the room was quiet and the view was spectacular.  It should be noted that I am a Hilton Honors member with lots of points.  Because of this, I get upgraded anytime I check in, breakfast is usually included as is wifi.  It’s the little things that just make the experience better.  We had three king size beds, chairs and a desk to use.  While we were not in the room much, the time we were was amazing.  Personal note. This location is older.  You need to pay for parking since they don’t actually own the land around the hotel.  There are three pools, with one being a wading pool for the toddlers.  Our room had a double door and an old, non-working doorbell.  It was all updated, but you could feel the 60s vibe just under the surface.  Finally, the water pressure.  That glorious water pressure.  This shower pounds you with water.  I loved it.

The Parks.  I purchased two day passes to the Disney Parks for $780.  I could not find any way to get cheaper tickets, though I have not given up hope.  It allows entry into any of the Disney owned properties.  I didn’t know this until later.  I got confused about the “park hopper” option which allows you to go to different parks on the same day. Otherwise, your ticket can only be used at one park for each day and expires 14 days after you first use it.  The girls were really excited to see the Magic Kingdom.  It is all built to be amazing to kids even if they think they are too old for it. We got to ride the Mine Train, the Log Ride, Jungle Adventure, Little Mermaid, Haunted Mansion and train around the park.  A few notes. You know it’s expensive, but you really have no idea until you are there.  Whatever you think you’ll spend, double it unless you are really disciplined.  I had to say no a lot, but I did this by giving the girls options.  I told them I would definitely buy the ears, whichever they wanted.  Pins, keychains and postcards were always good choices and I would even splurge on one major item as long as it was not something I could definitely get online later for much less, specifically non-park items.  Case in point, we ended up at Epcot in Japan and the girls found themselves faced with more choices than they knew what to do with.  There was stuff from a show they loved, but it’s double what you’d spend elsewhere.  I did get them some postcards from the show.

Speaking of Epcot, I found out the tickets I had were good for any park only because I got to the transport over to the Magic Kingdom only to find it was closing in at 7pm for the Halloween event from 7-10.  There was nothing other than a sign outside to tell me that.  The cost to get in was the same as a day pass, so we chose to take the other train to Epcot.  In retrospect, Epcot was much better.  You get the princesses, but also food and drink from every country.  The girls loved all the various cultures and the three hours we had were just not enough.  There are not as many rides of course, but there are still shows and people from the countries they represent.  Disney has great rides, parades and characters.  The price you pay though is the crowds.  We were there in the “off season” and there was barely room to move.  The Mine ride was consistently at an hour wait even up to midnight.  The heat was pretty hard on the girls and there are not many cooling stations.  Bring your own water spraying fan.

The timeshare presentation.  This is a device used in many comedies and dramas about cheap vacations.  I did the tour with Hilton Grand Vacations.  You have to promise them two hours so they can show you the property, give you the presentation and generally make you stew until you buy.  In reality, the sales pitch was not all that high pressure.  The property was lovely and overall the deal was amazing.  The trap is that you start to convince yourself that you can afford such a thing.  Somehow you’ll justify to yourself that it is a good deal, you deserve it and can afford it.  The good news is if you are disciplined, be consistent and just say no, they’ll give you the promised certificates and send you on your way.  Assuming you do give in though, Florida gives you a full 10 days to rescind your contract without any penalty to you.

All in all I had an amazing time in Florida.  It was entirely too short.  Next time, I will pay a touch more and take the earlier flight in and later flight out so I can enjoy the hotel amenities as well as downtown Disney.  I will also have a plan in place to buy food at the grocery store to minimize the food expense.  I learned a lot about traveling with my daughters and how to visit Disney.  I look forward to going back next year.